What is a Hiatus Hernia?

There are two types. They are the Sliding type and Paraesophageal type. 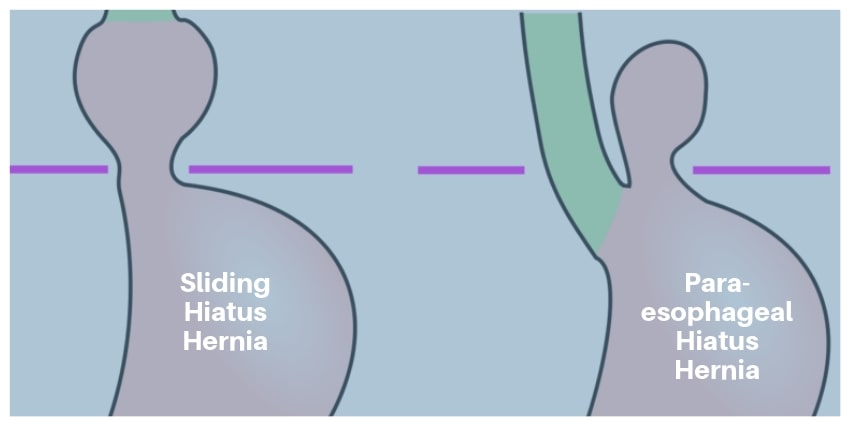 Generally speaking, hiatus hernia is asymptomatic or does not cause any symptoms. This is one of the main causes of GERD
Some people with this condition may show heartburn or acid reflux, a symptom common with GERD.
A sour taste in the mouth in the early morning.
Sometimes vomiting, burping, belching and feeling nausea
Difficulty while swallowing food 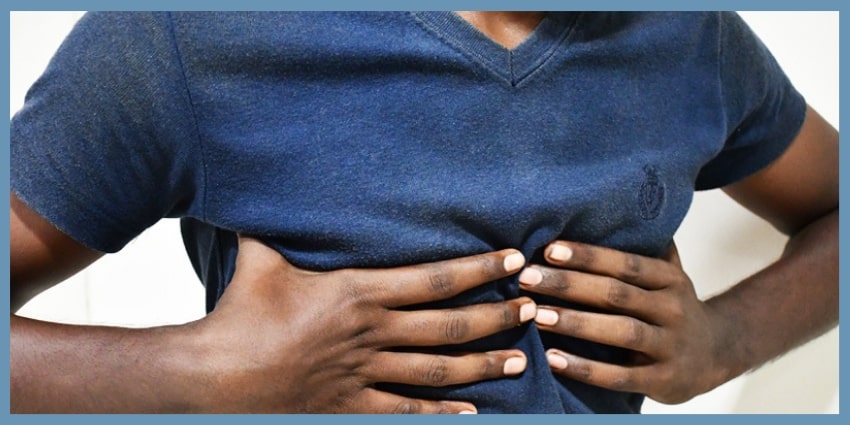 Causes of this condition

The exact cause for a hiatus type to occur is not known. However, the following reasons are generally suspected.

Some people may be born with bigger hiatus.
Weak muscles in the diaphragm

Factors that can aggravate the condition 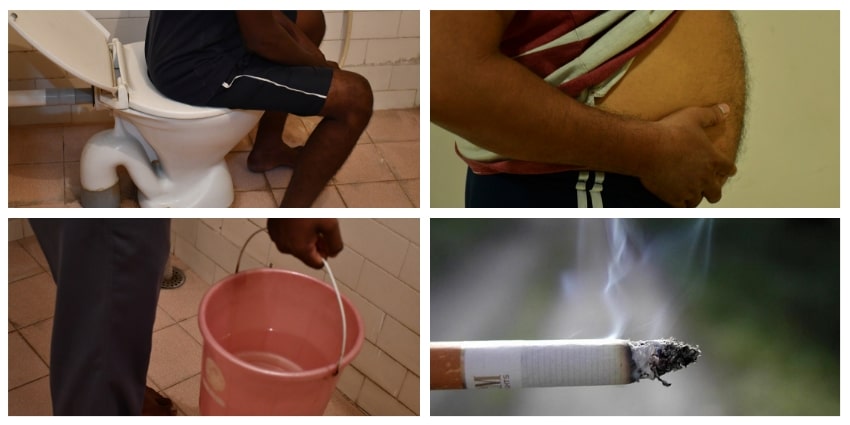 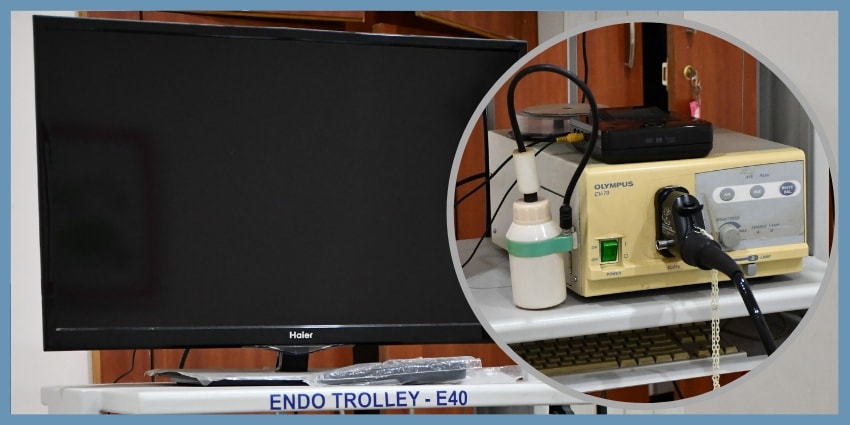 There are possibly 5 Complications that can occur.

Hemorrhage or Bleeding
This is by far the most serious complication arising. Not everyone with this condition suffers from bleeding. Most bleeding is reported from the ulceration of the inner stomach region that is incarcerated. Incarcerated part is the part of the stomach that has breached the diaphragm and has entered the thoracic region where the esophagus is found. The bleeding more specifically happens when the gastric mucosa or the stomach mucous lining has eroded to cause (peptic) ulcer. Hemorrhage so caused may be small or sometimes it can be massive. It needs to be mentioned that massive bleeding is a surgical emergency.

Anemia
If bleeding has been proceeding for a long time slowly, then the patient might become anemic. This complication happens only if the patient has not looked into the color of the stools. If a person has a bleeding peptic ulcer, the stools are black and tarry in nature.

Volvulus
The stomach is an organ that displays extreme flexibility. The stomach along the lesser and greater curvature is highly flexible. But the upper part of the stomach, where the esophagus joins the stomach, called cardia, is not flexible. Similarly, the lower part of the stomach, where the stomach connects to the duodenum, called pylorus, is also not flexible. Sometimes the stomach may undergo distortion of shape and the pylorus might be drawn above the cardia for people with a hiatus hernia. This is a serious complication and is accompanied with vomit soon after the meal because the twisted stomach is unable to hold the food. The gas from the digested food might also get stuck in the twisting and can cause a great deal of uncomfortable feeling to the patients. Most patients describe the pain as unbearable chest pains.

Displacement of Heart and Aorta
Very rarely the diaphragm-breached stomach might push against the heart and the aorta, a major artery that supplies blood from the heart. If this happens, the patient might complain of severe pain in the chest.

The recommended treatment for this condition is surgery.
The surgery aims at putting the protruding stomach or esophagus part to the right place and then making the hiatus smaller.
The surgery also aims at strengthening the diaphragm muscle.
All the above surgical procedures can be performed by laparoscopic surgery technique.
If any complications like incarceration or strangulation are reported in the diagnosis, then the surgeon clears that first and then repairs a hiatus hernia.

If the hiatus is a sliding type, it often does not produce any symptoms and normally no surgery is done as it does not pose any risk or danger. If the opening is very large or has caused strangulation of the stomach region in the diaphragm only then surgery is mandated.

Advanced laparoscopic surgical methods are used by GI Endo Surgeons to rectify hiatus conditions. Three to five keyhole incisions are made in the abdomen region to get the strangulated stomach to its normal position. The surgery would also involve tightening the hiatus opening to prevent the occurrence of a hernia.

The patient can experience difficulty in swallowing for a few months after the surgery. Gas bloating is also common after surgery and this may be present for a few days after the hiatus surgery.

Sometimes yes. It should be understood that a hiatus hernia is caused by physiological and genetic reasons. Factors like strong coughing, bowel movements, and obesity can also induce a hiatus hernia to return. The return has nothing to do with the quality of surgery but it has more to do with the physiology, genetics, and lifestyle of the patient.