What is Mini Gastric Bypass surgery?

How is a Mini Gastric Bypass performed?

This surgery involves placing five trocars or laparoscopic surgical instruments through the laparoscopic keyholes in the abdomen. Through these trocars, the surgeon passes the laparoscopic video camera and other laparoscopic tools into the abdomen. The stomach is then divided into two parts using the endoscopic stapler. The smaller portion that connects to the esophagus acts as the new stomach and it can hold only up to 4-6 ounces of food. The other larger part of the stomach is left untouched and does not receive food from the esophagus anymore. The surgeon then bypasses the whole of the duodenum and part jejunum to the smaller new stomach using an endoscopic stapler to create an anastomosis. Any connection between any tubular structures through which something has to pass like food, digestive juices, blood, other fluids, etc. is termed as anastomosis. Usually, anastomosis is done between tubular structures of GI tract (like between stomach and intestine, between intestines, blood vessels, and urethral structures, etc. They are done surgically by hand sewing technique or with modern gadgets like stapling. The advent of surgical stapling has made anastomosis relatively easier and also has contributed to lower surgical time and lower complications.

The length of the bypassing intestine will be determined by the surgeon based on the physical and lifestyle conditions of the patient (usually ranging from 3-7 feet). The trocars are then removed and the laparoscopic holes are closed with sutures. 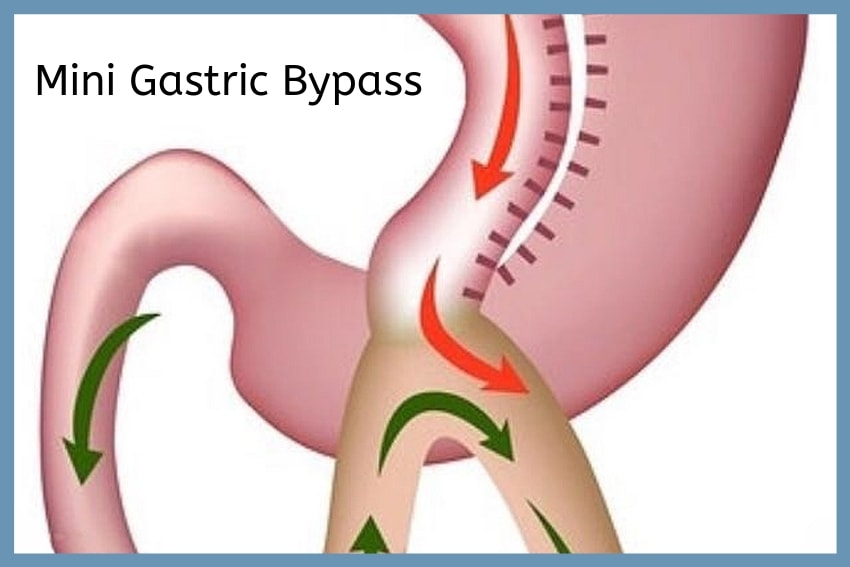 How is weight loss achieved by Mini gastric bypass?

Dr Maran who performs Mini Gastric Bypass in Chennai outlines the changes that cause weight loss by Mini gastric bypass surgery are: