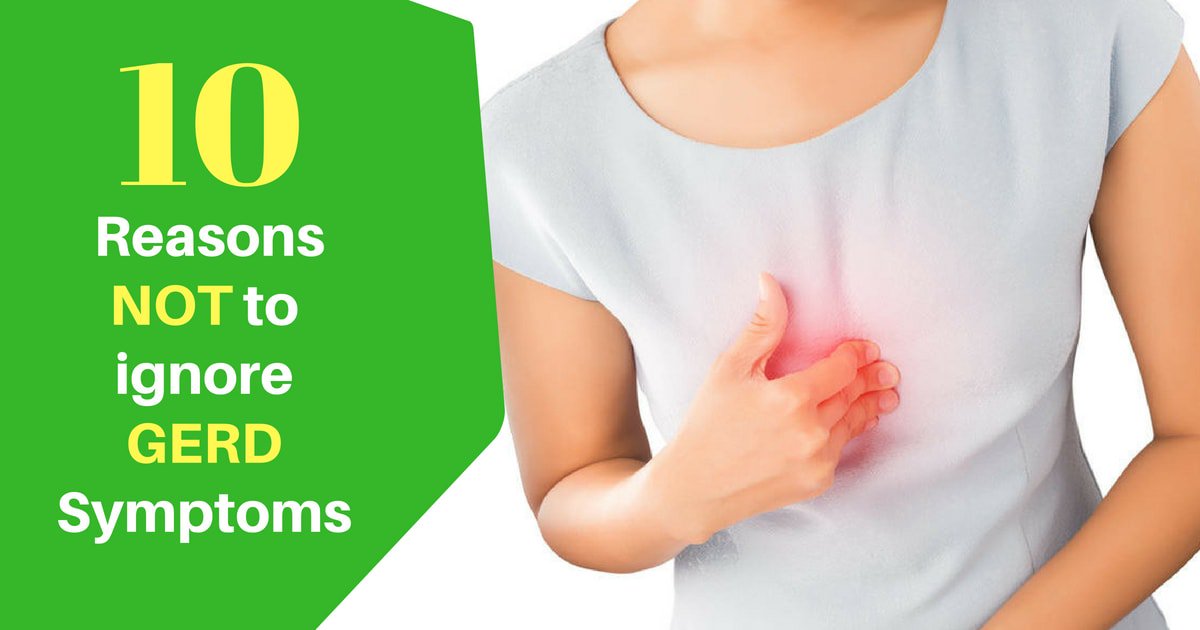 10 Reasons not to Ignore Heartburn or GERD Symptoms

Acid reflux or heart burn is experienced almost by everyone. It happens on rare occasion in normal individual. However if the occurrence is a regular affair, twice every week, it is high time you consult your gastroenterologist. Heart burn or GERD symptoms cannot be ignored for the following reasons.

When GERD manifests, the digestive juices from the stomach flows reverse into the esophagus. This might inflame the wall of the esophagus to cause irritation and swelling. This condition is called Esophagitis. This GERD symptom occurring for few weeks regularly can cause Esophagitis.

Person with chronic GERD conditions might experience shortness of breath due to the regurgitation of the acid from the stomach. For people with asthma, bronchitis and other pulmonary problems this might be a nightmare. The acid-blocking medication for GERD might even aggravate their pulmonary problems although temporarily.

(3) Indigestion and apathy to food

A feeling of indigestion and food not being digested properly overwhelms. The aggravation of symptoms like soreness of throat, swallowing problems and belching makes us not like food anymore.

Most people with GERD have oral issues. People with chronic GERD symptoms experience faster tooth decay due to the stomach acid making its way into the mouth from the esophagus. The digestive juices along with the saliva coming to the mouth is water brash.

Some people do not suffer from a typical heart burn symptom but have GERD condition. In such people the attack of the stomach acid on the esophagus wall is silent. If the silent reflux persists for weeks without their knowledge, they can experience chronic cough, soreness in the throat, a feeling of a lumpy throat and change in voice.

Dr Maran is of the clear opinion that if GERD symptoms show up regularly, you have to get an endoscopy done to ascertain the nature of the problem in the esophagus. He says that this is the gold standard method to find out first-hand the issues that have affected the esophagus. The gastroenterologist may also be in a position to prescribe proper medication once the diagnosis is accurate. Dr Maran also says that an endoscopy and biopsy helps in the diagnosis of any complications at an early stage. So he tells us not to ignore the symptoms of GERD.