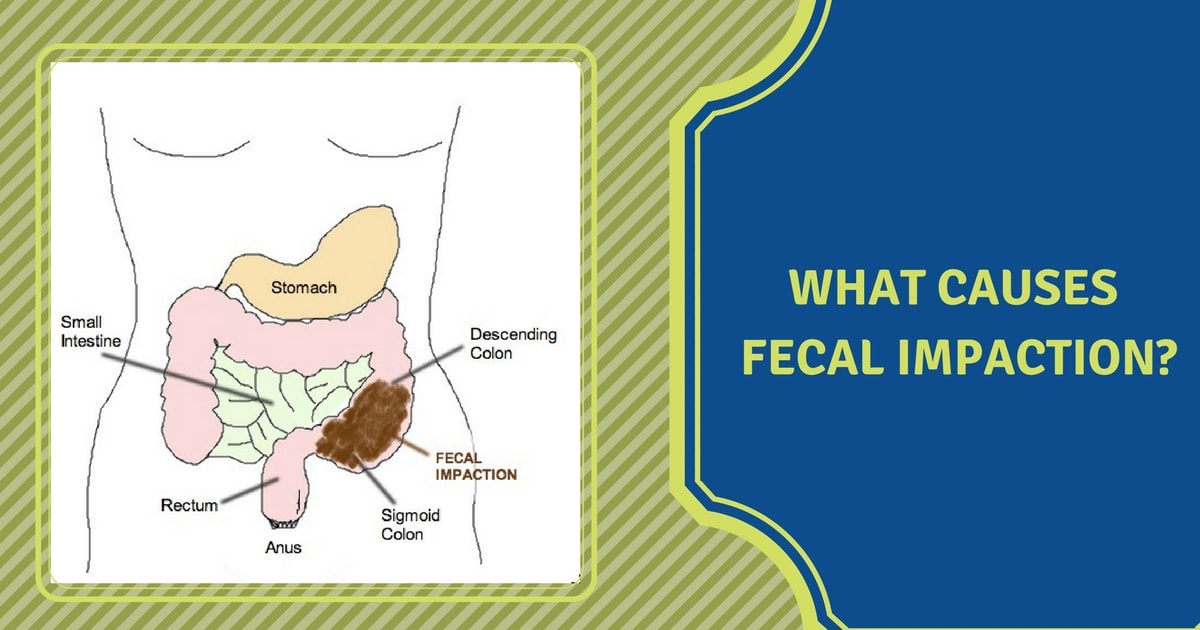 Whenever a large mass of faeces that is hardened gets stuck in the digestive track (specifically colon), then they become very difficult to be pushed out. This is termed as faecal impaction. The factors that primarily contribute to faecal impaction are not so regular bowel movements, age and sometimes other reasons. Let us learn everything about faecal impaction.

The Relation between Constipation and Faecal Impaction

We have hit the bull’s eye. The biggest reason behind faecal impaction is constipation. Constipation is the irregular bowel movement where there is difficulty in passing stools. Many reasons can be attributed to constipation and that includes less physical activity (IT jobs), dehydration, less nutrient intake, less fibre intake, diabetes, thyroid diseases, continuous vomiting, frequent diarrhoea, stress, injury to spinal cord, some medicines that can cause constipation as side effects, any obstruction present in the colon, etc.

If you have irregular bowel movements due to any of the above factors and you suspect constipation, you should visit an experienced gastro specialist, get them treated before things spiral out of your hand and lead to faecal impaction.

A chronic constipation if left untreated for long has every potential to cause faecal impaction where the faeces solidifies, sometimes like concrete, and refuses to be pushed out. The faeces become concrete like because when it stays in the colon, the water gets absorbed out of it by the body and hence it becomes solidified beyond a point.

The symptoms associated with faecal impaction are discomfort in the abdomen, a bloated feeling, pain in the abdomen, wanting to sit in the lavatory but the faeces not coming out even after trying to push hard, a feeling of nausea and vomiting, a nauseated feeling when food is presented to eat – simply not liking food during the phase, drop in blood pressure, sweating, fever and sometimes trouble breathing.

How is Faecal Impaction Diagnosed?

Understanding from patients and Physical Examination

Your gastro physician can diagnose if you have faecal impaction by asking you first your medical history. He might ask about the nature of food you regularly consume, history of bowel movements, other medications you might be under, etc.,

Barium Study of the Colon

The gastro specialist will then try and remove faeces materials if possible. If the faecal impaction is slightly upper in the colon, the gastro specialist might massage your abdomen gently and try to get the impacted faeces out. If the blockage is less, this procedure should bring relief. This might fail to produce desired outcome as not always all impacted faeces can be removed manually.

Your gastro specialist might prescribe laxatives that can help ease your faeces out of the digestive track. If the laxatives fail to do their job, enema is often recommended as a next step.

The doctor might use enema which is a soap-like fluid directly into the rectum. The mass of faeces softens and begins to come out. Manual removal is also performed after giving enema simultaneously.

Sometimes the faecal impaction can be so extreme that they do not budge to any treatments because the faeces has solidified like concrete. In this scenario, after confirmations from diagnosis like contrast studies of the colon and intestine, and after ascertaining the nature of the faecal impaction, the gastro specialist would recommend surgical removal of hardened faeces. Although this scenario presents very rarely, it reflects the magnitude of faecal impaction.

Dr Maran M, an experienced gastro surgeon is of the opinion that prevention is always better than cure. He emphasizes the fact that diet which is high in fiber plays a major role in determining our bowel movements. Also he advices to develop a habit of regular physical activities and toilet training (training the body and mind to pass stools at a particular time of the day daily) which can ensure regular bowel movements. Dr Maran M, also emphasizes to keep the bowel soft and regular.