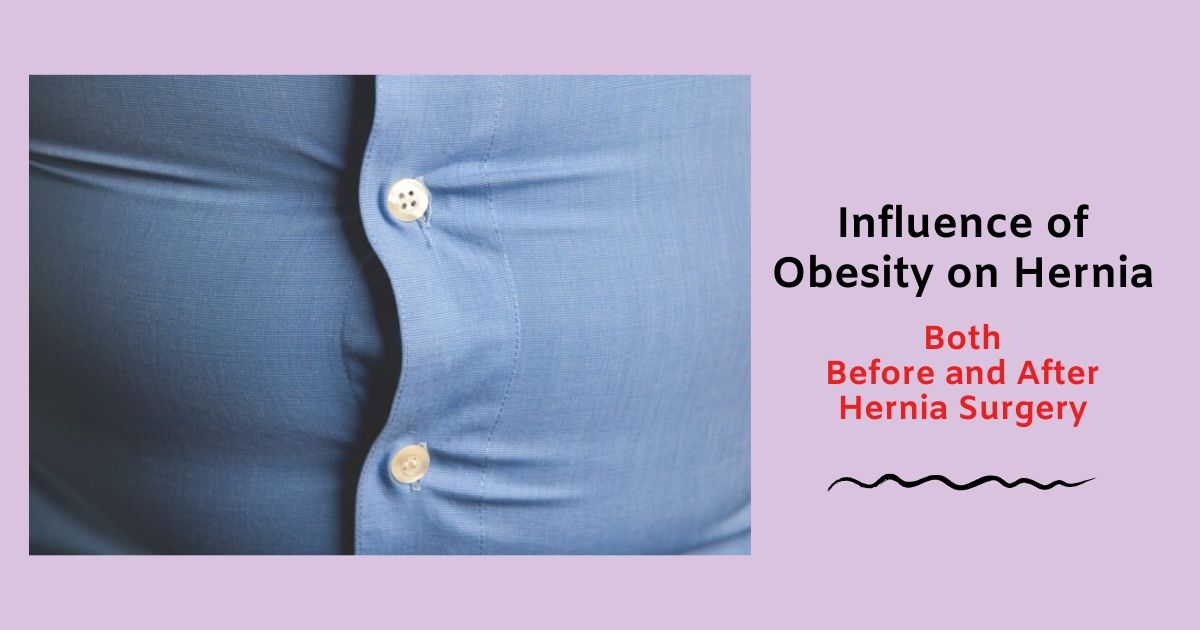 Influence of Obesity on Hernia – Both Before and After Hernia Surgery

Our abdomen houses many of our internal organs which are protected by a tough outer wall of tissue known as the abdominal wall. When this abdominal wall gets weakened or when it has a defect, fat tissue or organs like intestines can bulge out from its place through this defective wall. Some of the most common causes of hernias are defective inguinal canal (a common birth defect), the scar from previous abdominal surgery, and injuries caused due to any trauma. Can obesity influence hernia before and after the surgery?

Most hernias are not life-threatening and mostly do not require emergency surgery if they are detected early. Hernia surgery is the most effective and successful way of repairing a hernia. Factors like weight gain and obesity can definitely aggravate an existing hernia and even after hernia surgery is done.

Does obesity cause hernia in the first place?

How does obesity affect people with Hernia?

After a hernia is formed, the additional bodyweight contributes to the enlargement of the hernia. Sometimes, this can cause a loop of intestine tissue to get trapped within the muscle tissue causing severe pain that might require immediate surgical treatment. Obesity can also lead to the development of multiple hernias in the muscle wall.

The layers and layers of fat in the abdomen pose a challenge for the surgeons to reach out to the hernia spot. They often find it a challenging task to place a hernia mesh during the surgery.

How does obesity affect people after Hernia Surgery?