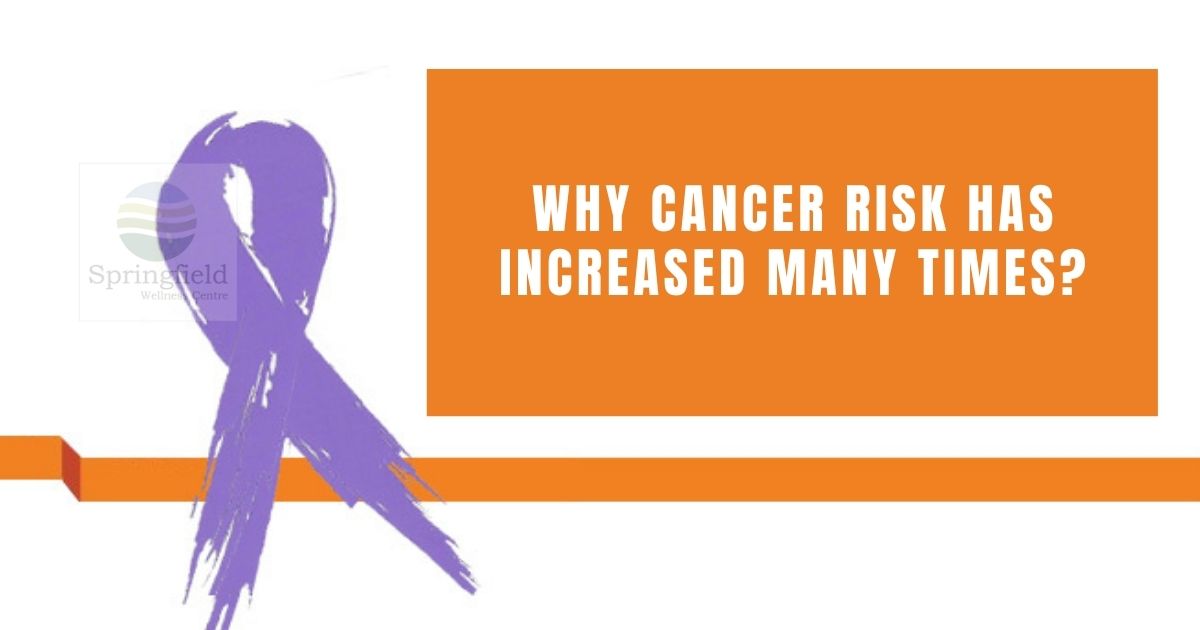 Why cancer risk has increased many times?

We increasingly hear the instances of people known to us getting cancer. Despite all the advancements in medical science, we still cannot comprehend the fact that the cancer rate is increasing among us. The report released by ICMR has confirmed that there is a sharp increase in cancer rates in India. It predicts that by 2025, there will be a 12% increase in cancer cases. So why have cancer risks increased multifold?

Factors that have increased cancer risk

The moment we think of cancer, we are reminded of tobacco, smoking, junk food, unhealthy foods, bad food habits, polluted air, water, and soil, etc. But you would be surprised that age is a very big factor. As we get older, the probability that we will get cancer increases greatly. Almost more than 50% of people diagnosed with cancer are above 60. As life expectancy has increased so is the cancer rate. Cancer is closely linked to the codes in our genes. As we age, mistakes in the codes of our genes accumulate and they can stimulate a cell to go cancerous. So the more we age and live longer, the more the errors get accumulated in our genes, and the risk to develop cancer increases. In India, the life expectancy was around 40+ years of age during 1947 and in 2019, that figure has gone up to 70+ years.

Tobacco is clearly a carcinogenic substance and it has been established beyond doubt that its usage causes cancer. The easy availability of tobacco in India or for that matter in many countries in the form of cigarettes, beedis, etc, and the habit of chewing tobacco has contributed to a great rise in cancer. While smoking contributes to lung cancer, chewing tobacco causes oral cancer.

Obesity is associated with cancer risk

Obesity is a result of poor dietary habits, improper lifestyle, and sedentary lifestyle. If the cancer code was present in the gene of an obese person, it is like inviting trouble. As you keep putting on weight, the cells of the body and its organs get inflamed and are ripe to get cancerous. LInk

Instances of cancer are high among people living in close proximity to nuclear power plants, polluting industries, and heavily polluted waterways. Similarly, it is higher among people who have occupations that carry occupational hazards like handling chemicals in industries and farm-related activities.

Role of HBV and HCV in cancer risk

Certain viruses too can cause cancer. HBV and HCV are easily transmitted from person to person and they can also be a cause for cancer.

Conclusion – Early Diagnosis of Cancer is the Key

Though the rate of cancer has increased manifold, the cancer survival rate has also increased accordingly. Certain types of cancers can be treated and the risk of early death is lower if the treatments are given in an appropriate timeframe. That is why early diagnosis plays a very important role. If you are above 60, get a screening done year-on-year so that anything cancerous can be detected early on.