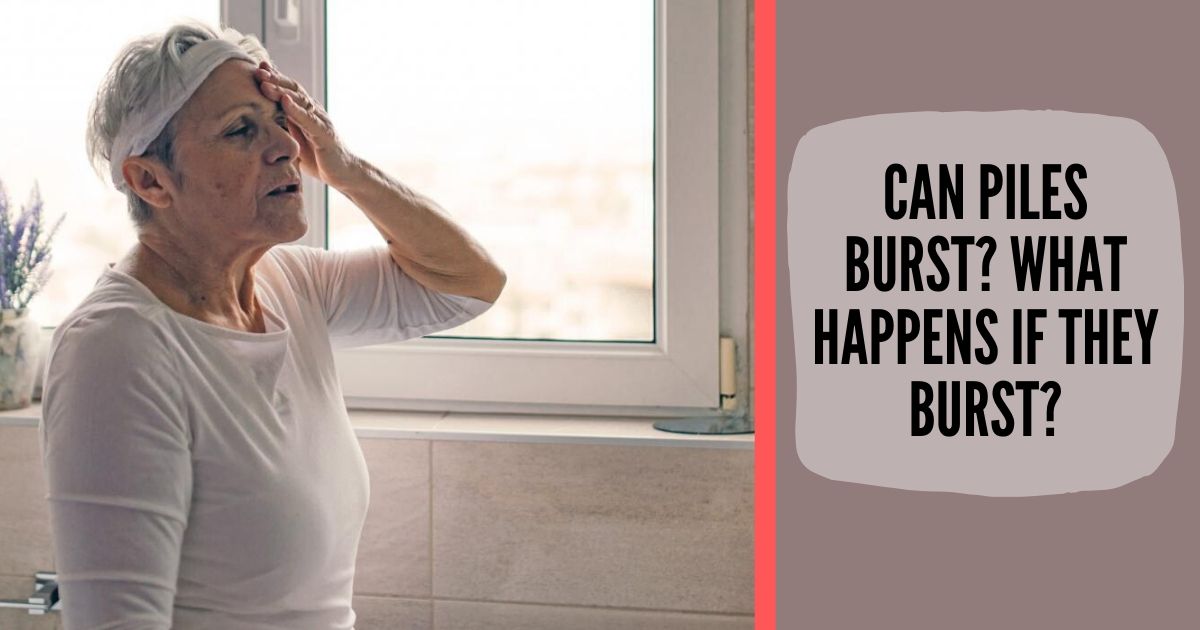 Can piles or hemorrhoids burst? What happens if they burst?

Can piles or hemorrhoids burst?

What happens when a hemorrhoid bursts?

If the hemorrhoid bursts, how long will the bleeding last?

For a normal individual, the bleeding from a burst hemorrhoid can last from a few seconds to several minutes. The burst site should not bleed for more than 10 minutes. The site might start to bleed occasionally when you poop. However, we recommend you to consult a piles specialist immediately just to be safe and avoid infections if the bleeding persists.

What should you do if your hemorrhoids burst?

You don’t require any special treatment for a burst hemorrhoid. A sitz bath can help to soothe and keep the area clean while it heals. Sitz baths can also help in improving the blood flow to the area which can aid in the healing process.