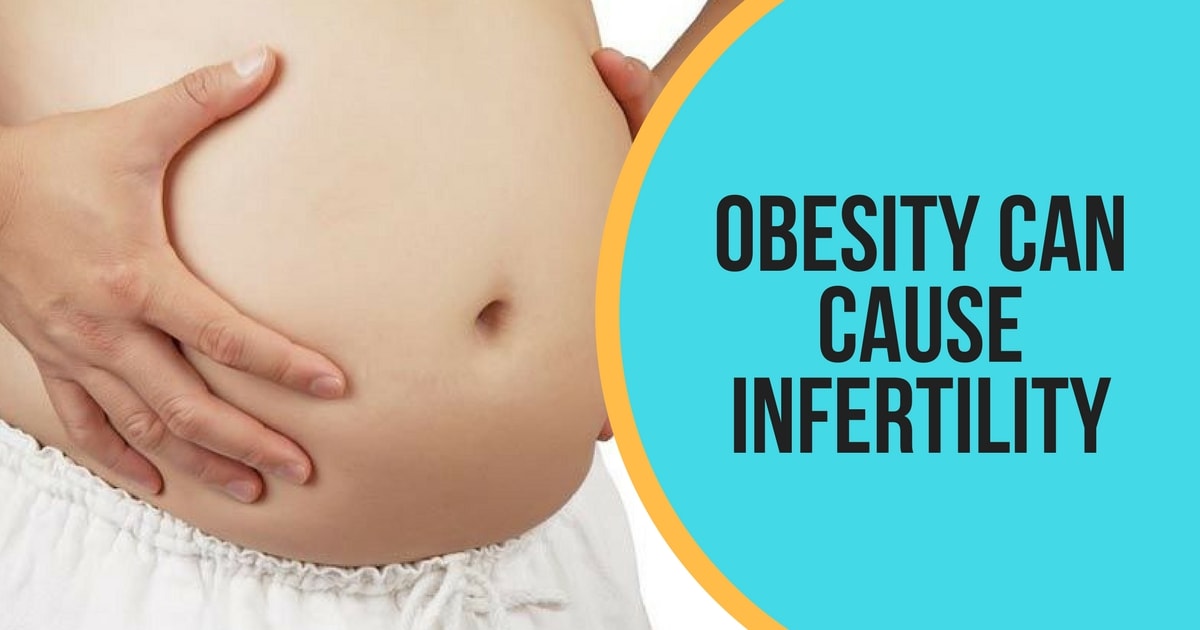 The Connection between Obesity and Infertility

Men and women are affected by obesity alike and infertility is rampant among the obese. When obesity occurs, multiple factors come into play affecting the reproductive capacity of men and women. In this article we are attempting to give a broad view of those factors and establish in clear terms that men and women who are obese should always aim to keep their body weight under control to maintain good fertility.

HPG stands for Hypothalamic-Pituitary-Gonadal Axis. Hypothalamus, pituitary and gonad are endocrine glands that produce ranges of hormones that are required to regulate the various bodily functions. Though these glands are present at various places in the body anatomically, they act in sync to such an extent that they are referred as HPG axis.

Obesity and Infertility in Women

(1)    The menstruation (ovulation) cycle in most obese women are irregular. If the ovulation cycle is not regular and periodic, then the probability of conceiving is reduced.

(2)    Most obese women would have developed insulin resistance to some level. Insulin resistance is a known factor that induces anovulation. Anovulation is a condition where there is no egg produced though the women are menstruating.

(3)    Insulin resistance by default means increased insulin levels in the blood. It has been studied and confirmed that excess insulin can inhibit or alter sex hormones. In women, excess insulin can lead to altering of sex hormones and as a result they might have high levels of androgens or male hormones. This condition is termed as hyperandrogenemia and is known to affect the conception ability of women.

(4)    Obesity increases the levels of leptin, a hormone that signals satiety. Very similar to insulin resistance, the obese body also begins to show reduced sensitivity to this hormone and hence the feeling of satiety after eating is reduced. An increase in leptin level is also shown to reduce the conception ability in women. Additionally increased leptin can also play a role in altering sex hormones leading to hyperandrogenemia.

(5)   Many studies have pointed to the fact that anovulation is due to PCOS, Poly Cystic Ovary Syndrome. PCOS is associated with high levels of male hormones too. PCOS is very common in obese women.

(6)    A clear observation can be made between increased leptin and insulin levels, altered sex hormones and the prevalence of PCOS. All these factors intertwiningly causes less probabilities to conceive.

(7)    Low density lipo-protein are found in increased levels in obese women. The higher level of LDL can also cause disruptions in reproducing capacity.

(8)    Hormonal changes also affect the development of egg. This negatively impacts the embryo development and hence the failure rate.

(9)    Many factors discussed above can clearly lead us to infer that the HPG axis has deteriorated and the balance of hormones is lost in obese women. This deterioration of balance is the main reason why the probability of obese woman conceiving is less.

Some Data Points on Obesity and Infertility in Women

Obese women are more likely to experience failure in conceiving even while they undergo assisted reproduction like test tube baby. Even while methods like stimulation of ovulation and assisted conception are done, the success rate is fairly low. That is why most fertility clinics advise their obese women patients to show some amount of weight loss to gain back their reproduction capacity.

Obesity and Infertility in Men

(1)    The primary differentiator is men are unable to have sex if their sexual drive is lowered. A lower libido translates to poor erection of the penis. Such a condition affects the prime process of sperms finding its way to fertilize the female egg.

(2)    Testosterone or the male hormone is transported by fat. A large obese male has more layers of fat and while sex hormones are getting transported they may have higher possibilities of not reaching the intended spot to make erection possible. In other words sexual dysfunction is rampant among obese men.

(3)    Sex itself becomes a strenuous activity for very obese male. Coupled with lower libido, the probability of copulation and subsequent conceiving of their female partner in effect takes a backseat.

(5)    Obese man produce less testosterone hormone (the male hormone). This condition is called hypotestosteronaemia and this results in poor spermatogenesis where the sperms produced are of low quality.

Some Data Points on Obesity and Infertility in Men

Obese men also encounter failure to reproduce when their sperm quality is lower and are into the assisted reproduction. Motility and morphology of sperm are two important factors in determining the fertilizing capacity in a male. When obese men try and reduce their weight, the quality of the sperm markedly increases. So it is not uncommon to hear assisted reproduction centres asking obese men to undergo weight loss to have successful pregnancy of their female partner.

Common Reasons that Contribute to Infertility in Obese Men and Women

(1)    Obesity can contribute to increased stress and increased stress level can cause more increase in obesity. We have discussed this vicious cycle in length in our other articles. Hence stress is a factor that can play a negative role in keeping the obese individuals infertile and unable to conceive.

(2)    Increased prevalence of alcoholism and smoking among the obese only makes things worse. As it stands, smoking contributes to less sperm motility and abnormal sperm morphology which only contributes to infertility. Though the prevalence of alcoholism and smoking is less common among women in India, data suggests that the number of women taking to alcohol is on the rise. This rise certainly points to a future where the probability of obese women taking up alcohol looking for solace may become higher.

Certainly weight loss surgery helps in increasing the chances of fertility. Many studies point to the fact that weight loss induces a positive change in hormonal balances. Corrections to hormonal imbalances goes a long way in restoring fertility. Even a 10% reduction in weight has significantly altered the infertility condition in an individual.

Opinion of Dr. Maran, a weight loss surgeon in Chennai

Dr. Maran in his experience has treated many obese individuals and has performed successful weight loss surgery on them. He had performed many bariatric surgeries to young individuals also. Many among them have reported fertility success stories after undergoing weight loss surgery. Dr. Maran firmly opines that bariatric surgery induces positive changes in the hormonal cycle and this in turn assists in correcting the anomalies in the reproduction cycle in both men and women.