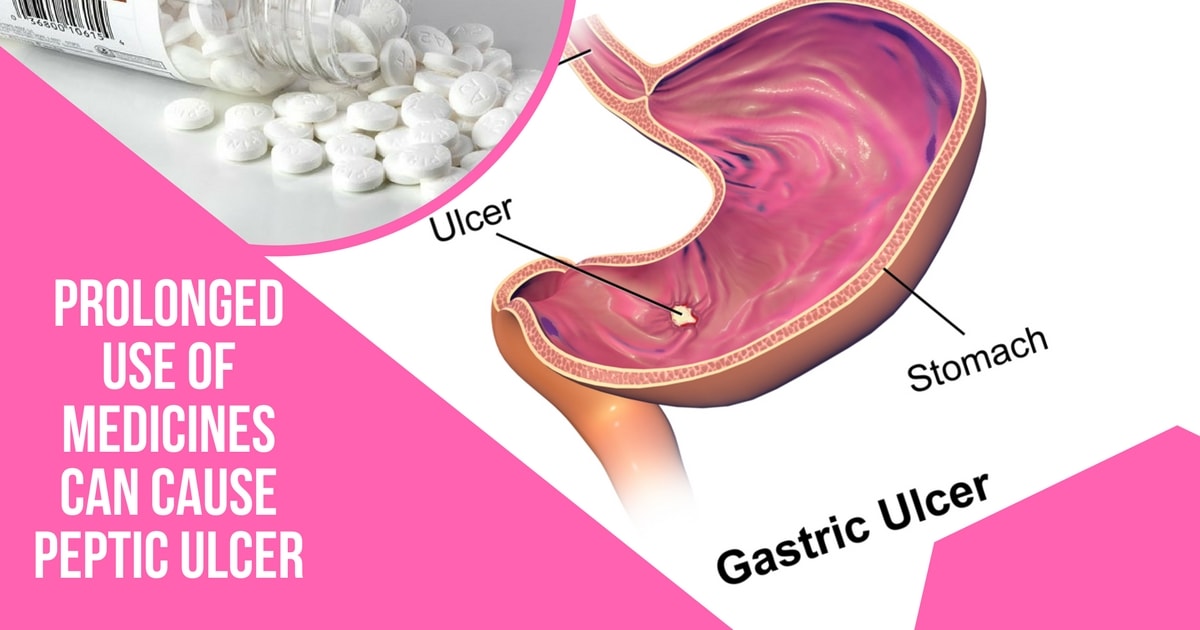 The link between NSAID medications and Peptic Ulcer

NSAID means Non-Steroidal Anti-Inflammatory Drugs. Common NSAID drugs include aspirin,  ibuprofen, diclofenac, etc. Most of us are aware of aspirin, which is actually a blood thinner used as medication for heart diseases. We are also aware of ibuprofen which is a known pain killer. It may sound surprising that prolonged use of NSAID drugs can cause peptic ulcer. What mechanism makes them cause peptic ulcer?

How do NSAID drugs work?

The NSAID drugs functions by inhibiting the COX-1 and COX-2 enzyme formation. This inhibition has a consequence in reducing the prostaglandin secretion of the stomach which is needed to protect the lining. This causes damage to the stomach lining in the long run.

Details of Combined Risk Factors along with NSAID Drug usage

People who have a past history of peptic ulcer, are above the age of 65, have heart conditions, and are some of the factors that can augment the formation of peptic ulcer along with prolonged use of NSAID drugs.

It has been found clinically that people who have a history of prolonged usage of NSAID drugs like aspirin, ibuprofen, diclofenac etc., and who are also infected with H.pylori, are 60% more likely to contract peptic ulcer. This shows that both are a double whammy and indeed can cause peptic ulcer in majority of cases.

Can NSAID drugs be avoided altogether?

The answer is no. Many NSAID drugs are actually life savers. Aspirin for example is a wonder drug that is used for treating a wide variety of ailments. Particularly for people suffering from arthritis and other inflammatory conditions, some NSAID drugs are absolutely needed. The challenge is to minimize the effect of NSAID drugs to cause stomach ulcerations. Though there are alternative medicines, they have limitations. The medical professional hence balances out and prescribes a lower dosage of NSAID and keeps the gastro track under constant monitoring for any damage that might arise due to peptic ulcers.