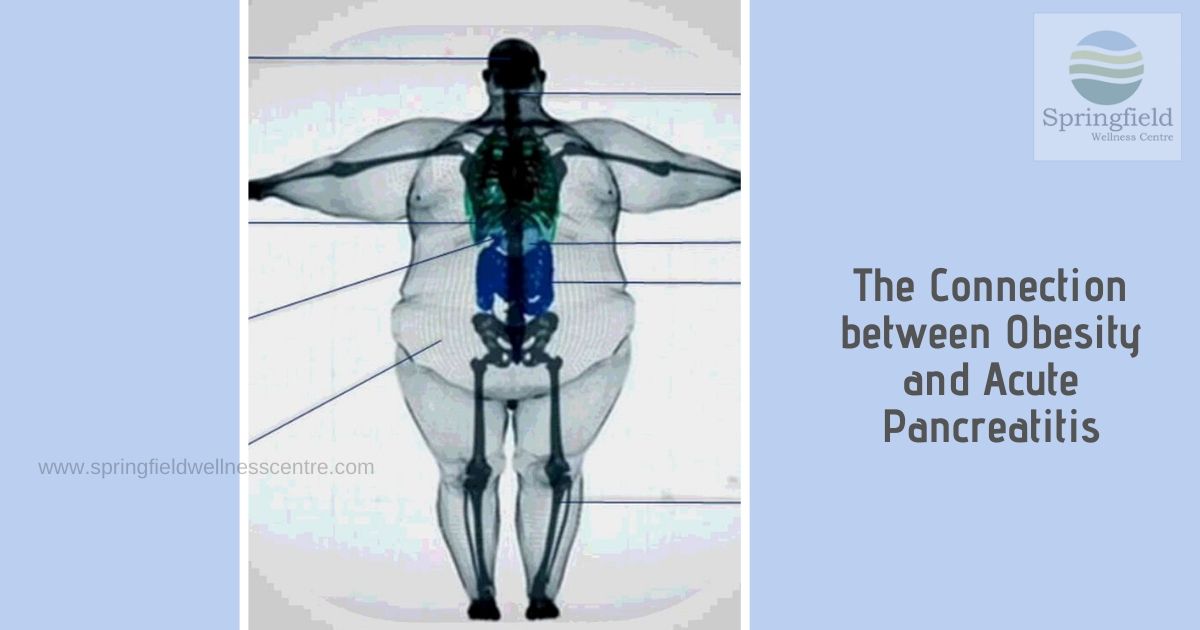 The connection between obesity and acute pancreatitis

Obesity is a medical condition where excess body fat has accumulated in the body to an extent it can have adverse effects on our health. Obesity, as we all know, brings a wide spectrum of health risks such as cardiovascular diseases, diabetes, hypertension, gallstones, respiratory problems like sleep apnoea, asthma, etc, all termed as comorbid conditions or comorbidity. Added to the list of risk factors, obesity can also contribute to a common yet fatal condition known as acute pancreatitis. Here is more.

Pancreatitis is the inflammation of the pancreas. The primary causes of pancreatitis include alcohol consumption and gallstones. The pancreas is a small leaf-shaped organ that sits in the mid-upper abdomen, right behind the stomach. It plays an important role not only in digestion but also in metabolizing glucose which is an integral part of our life. The pancreas produces enzymes that break down the nutrients present in our food. As mentioned earlier alcohol consumption and gallstones are the causes of pancreatitis. And quite surprisingly obesity can cause gallstones too. In this blog, we are going to point out the connection between obesity and pancreatitis.

How do gallstones cause acute pancreatitis?

What is the treatment for acute pancreatitis?

The pancreas can also get affected in Obese without gallstones

In obese people, the white adiposities or white fat cells are very high in the viscera. In this, the level of triglycerides is also very high. This also is another factor that can cause pancreatitis.