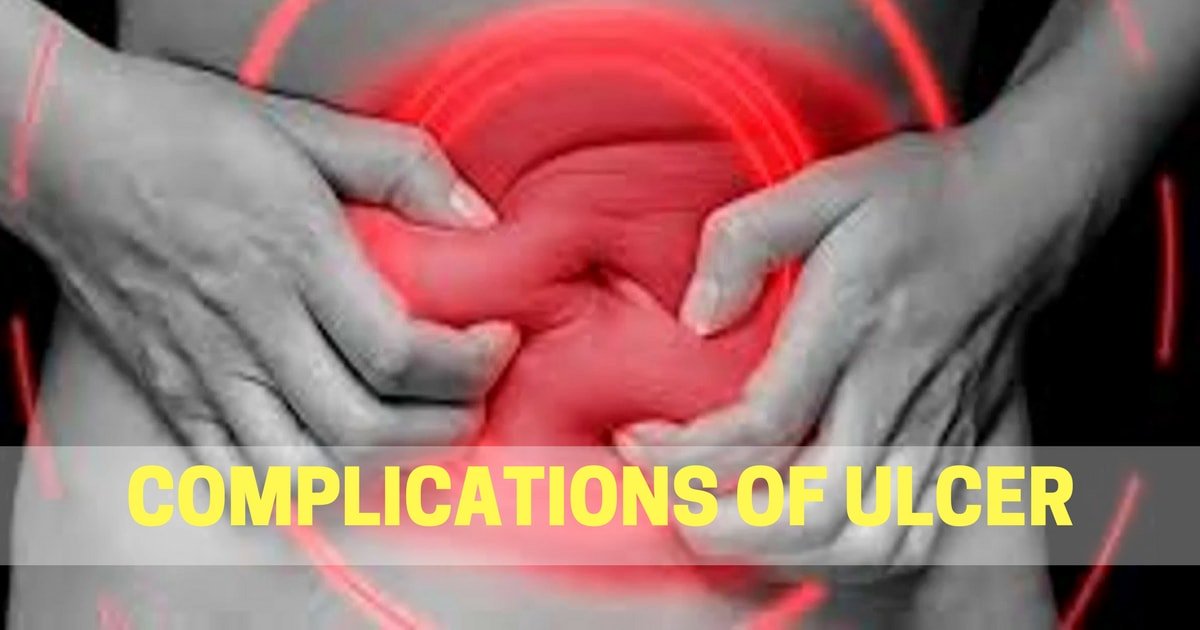 Peptic ulcers are painful sores in the stomach and duodenum. The burning sensation in the middle of the abdomen, between the chest and the belly button area, a typical pain associated with ulcer makes it very easy to diagnose. Despite that few still might ignore this main symptom and other associated symptoms of ulcer. This ignorance leads to complication of peptic ulcer. What are the complications? Let us check.

Internal Bleeding due to Ulcer

Two types of bleeding can occur, one is a slow but constant bleeding which is because the ulcer is just a lining inside the stomach or duodenum. The slow and constant discharge of blood inside the digestive track can proceed at a pace and can lead to anaemia. The second one is rather serious where a bigger blood vessel in the digestive track gets punctured due to the ulcer and they begin to bleed profusely inside. The blood loss could be substantial and the person might also bleed to death if not attended to as an emergency.

Perforation of the Digestive Track

This is rare but still it might happen to few. Perforation happens when the wall of the stomach or the duodenum develops a hole due to the severity of the ulcer. Incidence of perforation is higher for people who got affected with ulcer due to increased use of NSAID drugs. Perforation can cause food, gut flora (microbes in the intestine), blood and digestive juices to spill out into the peritoneum. This can cause infection and peritonitis which is a medical emergency. An immediate surgery is the only solution if ulcer proceeds to peritonitis.

Sometimes the ulcer can inflame and swell. They can also cause scar tissues. The swelling or scar tissues can obstruct the normal passage of food through the digestive track. This obstruction can cause repeated episodes of vomiting. The content of the vomit are mostly undigested or semi-digested food.

Dr Maran is of the firm opinion that ulcer can be detected in the early stages while we listen to our body. He says that the body gives enough indication if there is peptic ulcer any pain in the abdomen should not be ignored. Dr M Maran also advises people not to pop drugs without any formal prescription from a trained medical professional. He is of the opinion that complications of ulcer can be avoided should we adopt a more preventive approach.